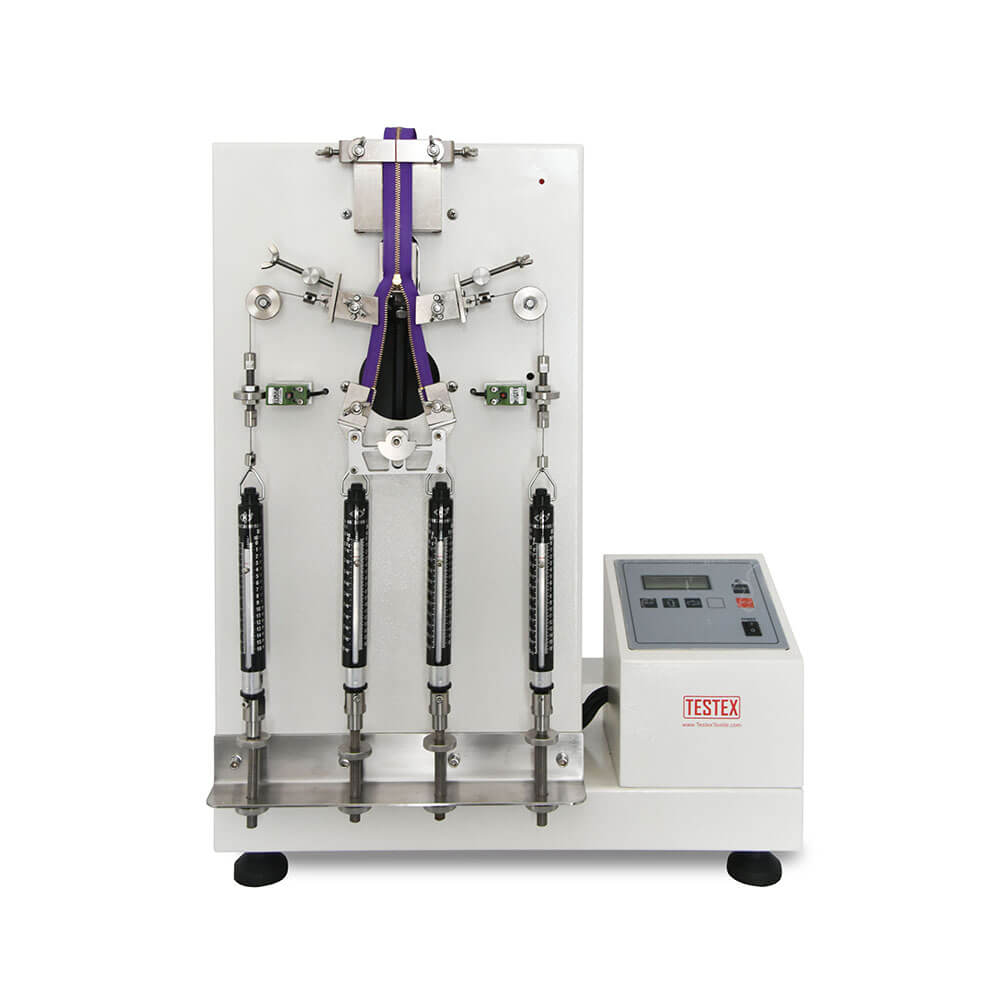 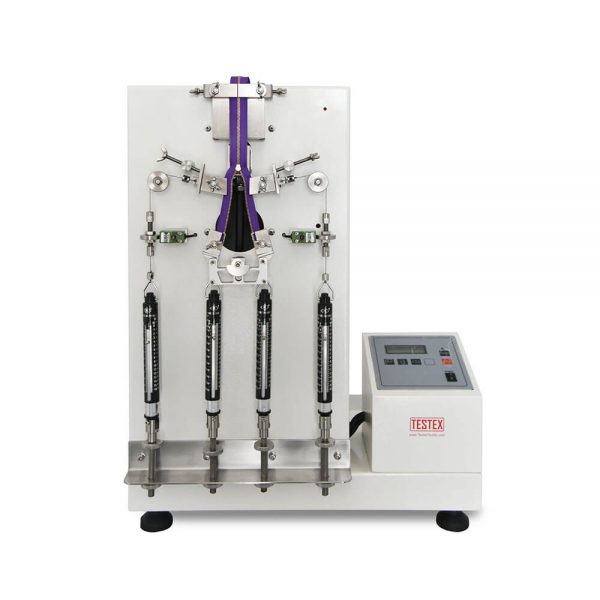 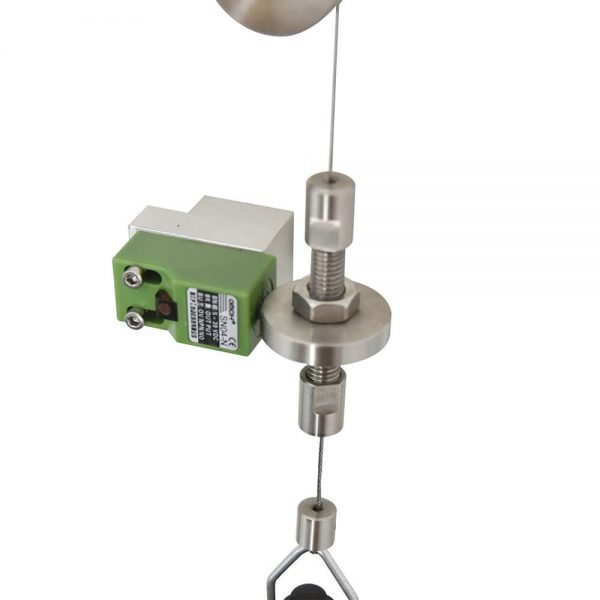 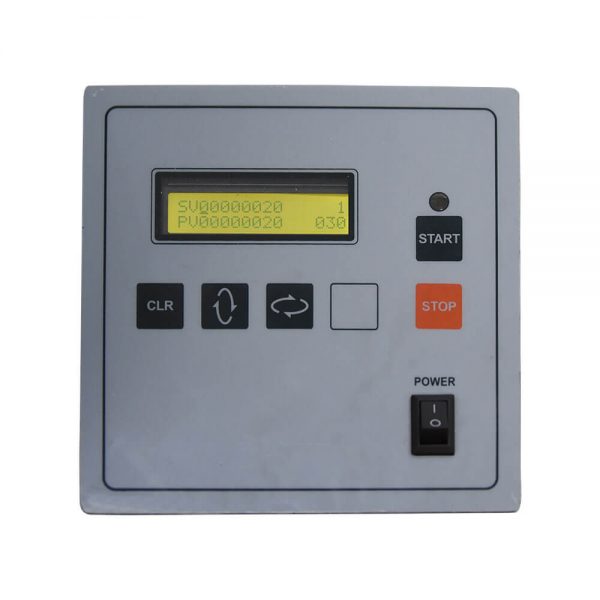 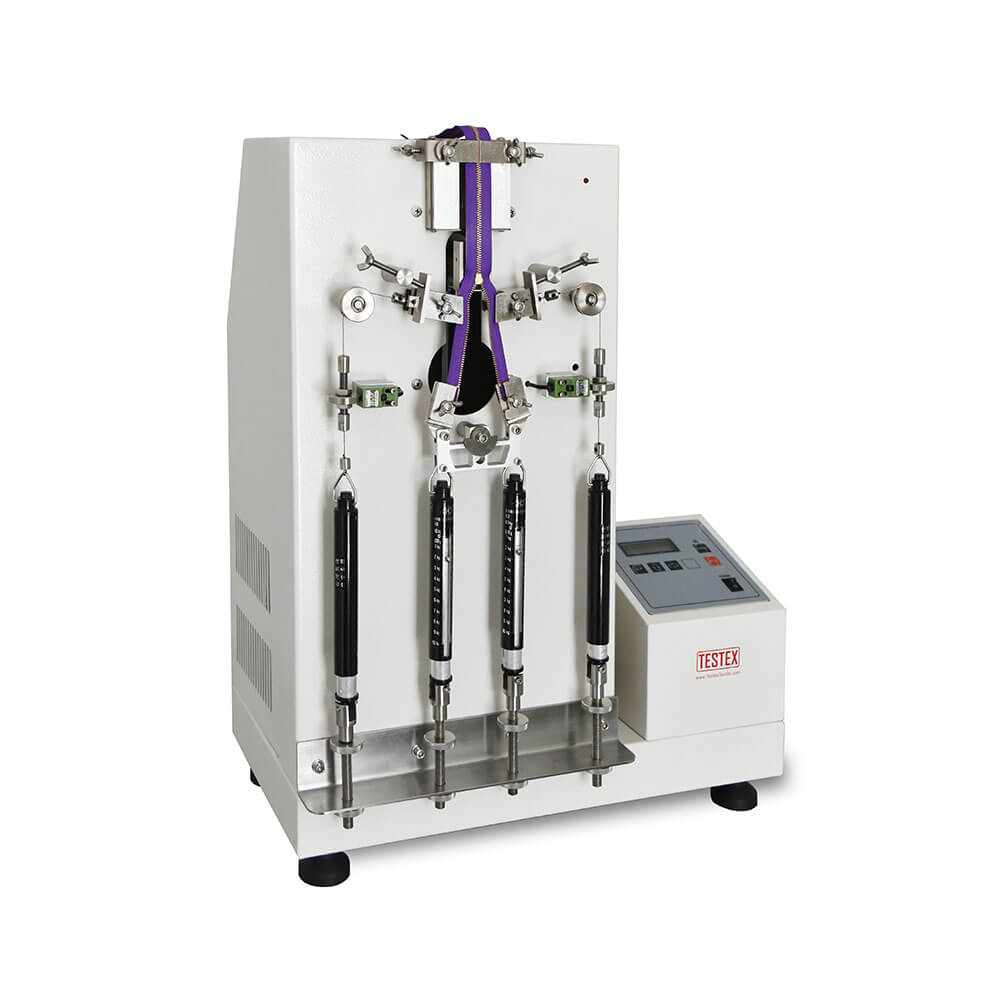 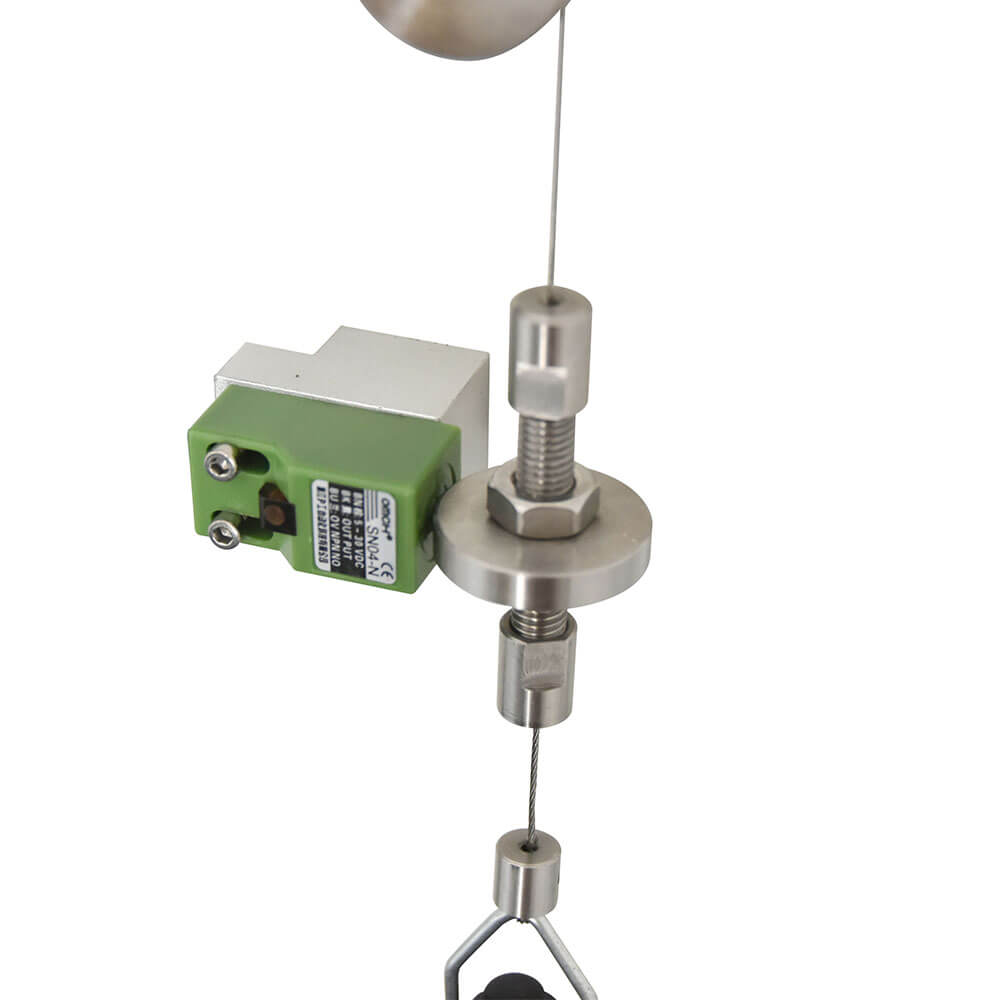 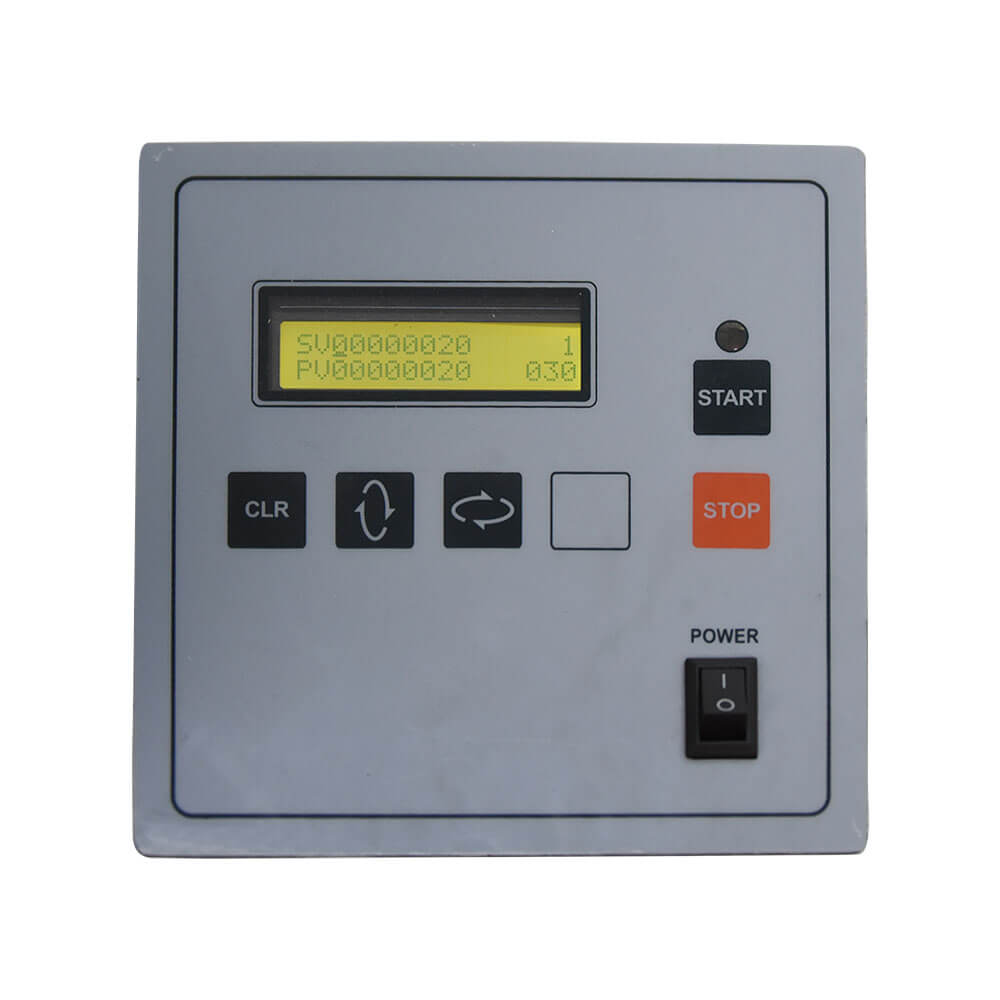 Related articles for this product

Zipper Tester, to determine the resistance to reciprocation of zipper (slide fastener), the test specimen is subjected to a specified number of cyclic operations whilst under lateral and longitudinal tension. Zipper Tester complies with BS 3084, CNS -1083, QB/T2171-1995, etc. Please contact us for more about information about pull test procedure.

Zipper Reciprocation Tester, to determine the resistance to reciprocation of zipper (slide fastener). The test specimen is subject to a specified number of cyclic operations whilst under lateral and longitudinal tension.

Zipper Tester catches the head of zipper to do reciprocating movement in a constant speed for 30 times per minute. Integral counter is set to stop the drive when a pre-selected count has been reached.

Equipped with a sensor so that the machine will stop automatically before the zipper is broke. Adjustable stoke 40~100mm is offered as request.

What is a Zipper Reciprocation Tester

4. Test of the horizontal tension at the zipper’s bottom, that is, the tensile strength of the opening part of the zipper’s lower end.

1. Start the power switch and adjust the knob so that the drawing clamping device is in the lowest position (easy to grip the sample).

2. Turn off the power switch, select a positioning piece with an appropriate thickness, which fixed to the slider of the zipper, fix the zipper head on the sheet and lock it.

5. Loosen the two transverse chucks and let the tapes on both sides of the zipper into the two clamps and clamp it. Adjust the tension of spring scales on the longitudinal and transverse according to the standard.

6. Set the number of tests, start testing, after a certain number of times, take off the sample, observe and record the damage degree of the sample.

Q: What is the range of horizontal and longitudinal spring load that can be applied?