Forrest Chiu, the general manager of TESTEX, has visited our value customers — MTS, BV and ITS in Bangladesh successively from February 7 to February 9 in 2018.

Bangladesh is the world’s second largest textile exporter, which rank only second to China. Through the development of the textile industry, Bangladesh’s economy has greatly improved in recent years. For other South-East Asian countries, Bangladesh has a large population and the wage level is currently the lowest. Furthermore, it has a stable political situation and well social security. Therefore, many world-renowned clothing brands in Bangladesh set up factories for production or procurement, such as H&M, C&A, Zara, Walmart, etc. At the same time, international Third-party laboratories have also set up laboratories, such as ITS, BV, MTS so as to ensure Bangladesh’s garment manufacturers are competitive.

VISIONTEX is the exclusive agent of TESTEX in Bangladesh, with its high reputation in providing high quality instruments and the best after-sales service, VISIONTEX has been nominated as the verified supplier of textile testing equipment and test materials of H&M in 2016. 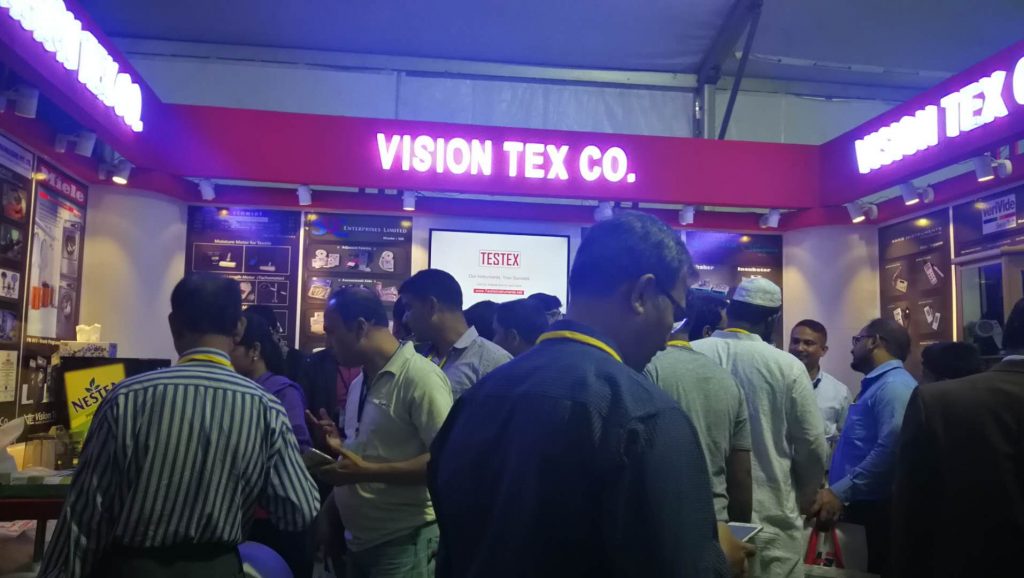 On Feb 6, 2018, Mr. Chiu, the General Manager of TESTEX, and Mr. Obaidur, the technical manager of VISIONTEX, visited ITS Bangladesh, which is the biggest lab in textile testing. 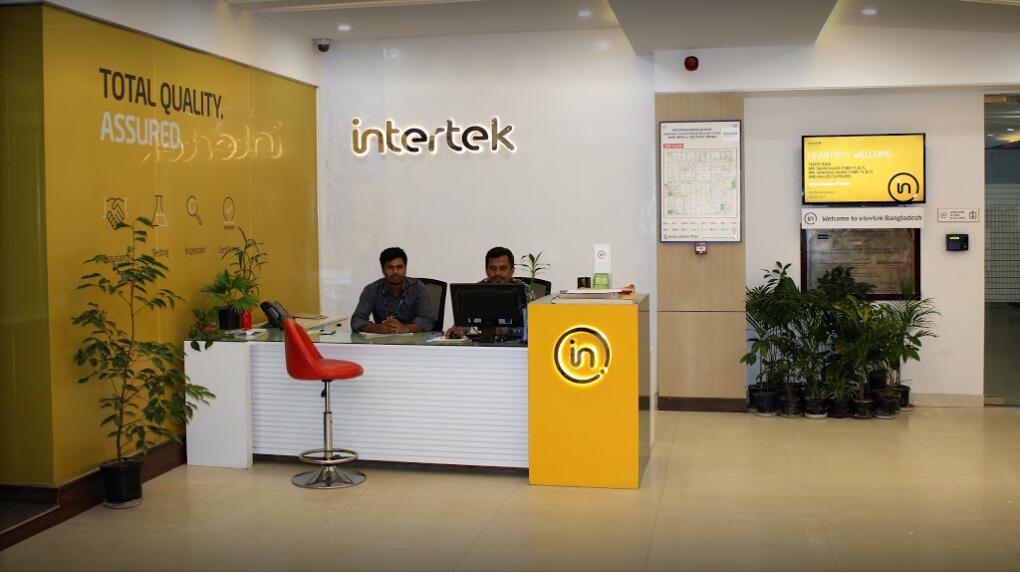 ITS Bangladesh has a large laboratory. There are more than ten ICI Pilling Testers running at the same time, and other equipments such as Digital Bursting Strength tester, Hydrostatic Head Tester, Launder-o-meter, at least 4 units of each model is equipped.

At the meeting, ITS gave us the feedback of our machines, and they are satisfied with the quality of TESTEX instruments and the after-sales-service offered by Visiontex, and also suggested many useful advices on improving our instruments.

Mr. Chiu introduced the recent progress made by TESTEX to ITS. For instance, TESTEX has been verified for the certification of ISO 9001 Quality Management System by SGS China, the TOP one certifying party in the world. And TESTEX has moved to a new factory to enable the bigger production capacity to fulfill the huge demand of increasing sales of instruments.

On February 7, Mr. Chiuand Mr. Obaidur, and Mr. Zahid, the Managing Director of VISIONTEX, visited MTS Bangladesh. MTS Dongguan of China is the biggest lab of MTS global, which the lab equipped with more than 50% of instruments from TESTEX. With the rapid expansion of MTS worldwide, TESTEX is growing rapidly as well, and as a partner relationship, MTS always gives feedbacks and suggestions on the improvement of instruments, then buy machines from TESTEX to provide their branches worldwide.

We met the General Manager of MTS Bangladesh, Mr. Dipok, and their lab manager, maintenance supervisors, operators, they gave us many good advices, and mentioned that they are very satisfied with the quality of TF155 Stretch Recovery Tester, and the using experience is good, if the tester can be improved more which will be very good and they are planning to buy more from TESTEX. 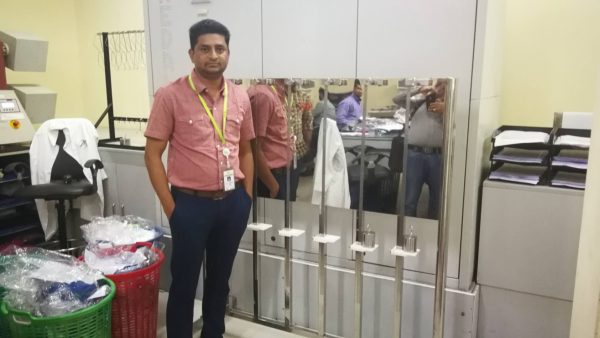 In the afternoon, we visited BV Bangladesh and met with the Technical Manager Mr. Islam and Technical Manager Mr. Hossain. They said that they hope to have more cooperation with TESTEX in the future because the price of TESTEX instruments is very good, and the quality and support are impressive, such as the TY370 Twist Tester. They also hope that we can provide them with a customized TF145 and some spare parts for Martindale Abrasion Tester. 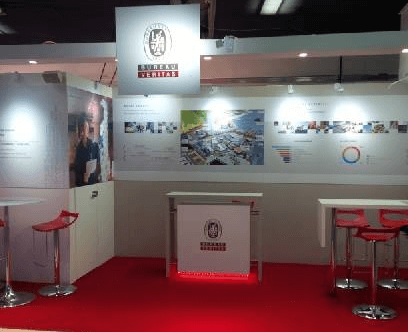 DENITEX, a big group of Jeans production factories, has been visited by BV. They bought some big size Color light matching box from TESTEX, and they were happy for the quality, after the modification to add more light sources made by VISIONTEX, DENITEX are satisfied and plan to buy more sets to provide to other factories. 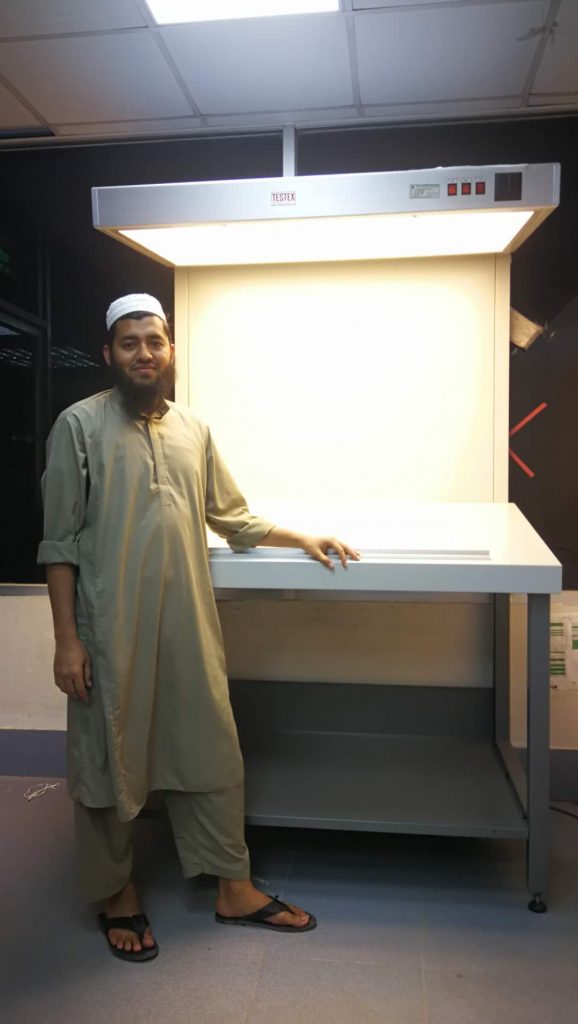 On February 9th, we visited the head office of C & A Bangladesh, the second biggest garment supply chain company in Bangladesh. The senior manager Mr. Zaman is respected and cooperative man, he was impressed by the quality of TF416 Perspiration Tester, and he was surprised by the finishing of the perspirometer which is made of SST, and polished to mirror like surface. Another instrument impressed him was TF418 Launderometer which is made of SST and the surface is polished like mirror as well, but the biggest surprise is the improved design. The new TF418 is equipped with 2 baths, which allows the different ISO washing fastness test and AATCC washing fastness test can be run in the same time in the two baths, actually he said, user will only pay for one launderometer but get 2 launderometers. 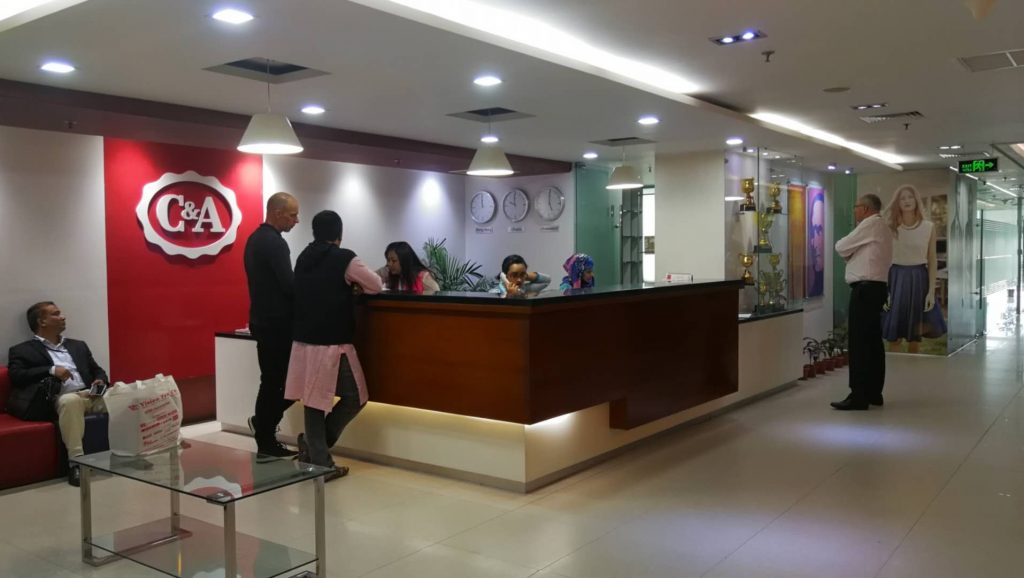 We found that all the labs have a demand on the automatic fiber content analyzing system, but now most labs use some un-effective method to figure the percentage of different fibers in the garment. Most labs use a simple microscope to compare the figure of cross-section of fibers with a certain picture of fibers, or use chemical solvent to test the concentration of fibers in a certain yarn or fabric. Neither method is accurate because the test method depends on the skills of the operators and is inefficient. For example, the TESTEX TB300 Fiber Content Analysis System will generate a report for 3 minutes, while the manual, old way will take more than 1 hour.

Those reputed labs and companies are all satisfied with the TESTEX instruments, and they hope we can share the new technology on textile testing to help them maintain the advantage in the competitive market, keep high quality, improve orders and reduce costs. Therefore, they hope TESTEX and VISIONTEX would visit them at least every six months.

Talking with strength, growing with customers, TESTEX is adhering to the philosophy of "Achievement of…

Since standards do change, if you want any files above or more documents about introduction to textile testing, please contact us via email sales@tes.hk
2010-2020 Copyright ©TESTEX INSTRUMENT LTD - All Rights Reserved
Back To Top
Open chat