17 May 2010, Wilmslow, UK – According to a new report by Textiles Intelligence, man-made fibre output in Japan fell in 2009 for the ninth consecutive year. Furthermore, the decline, at 22.0%, was more than twice as fast as any previous fall during the nine-year period. Output of filament yarn plunged by 29.9% while that of staple fibres decreased by a substantial 15.1%. The fall in filament yarn output reflected double digit declines in all the main fibre types. In the case of staple fibres, output of all the main synthetic fibre types fell at double digit rates but the drop in cellulosic staple fibres was confined to 4.3%. 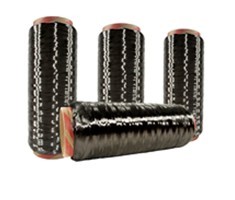 The Textiles Intelligence report, ‘Fibre Consumption for Technical Textiles in Japan’ says that mill consumption levels have also been deteriorating in recent years. “Although usage rose slightly in 2006/07 and 2007/08, it declined by 14.3% to a new low in 2008/09. Fibre consumption for industrial uses fell by 12.4% to its lowest level since 2001/02 although 84.2% of the amount consumed was still produced domestically. Fibre usage for tyre reinforcement, meanwhile, fell by a sharp 25.0% in 2009 to its lowest level in over 15 years. Furthermore, although a large proportion of the drop consisted of steel fibres, there were also declines in polyamide, polyester and rayon,” the report states.

The report goes on to say that in technical textiles, nonwoven fabric production dropped in 2009 to its lowest level in over ten years, despite reaching a peak in 2007. There was also said to be a decline in output of industrial textile goods to a level which was barely half of that witnessed ten years earlier. Meanwhile, the report says spunbonded fabric output deteriorated for the third time in four years to reach its lowest level since 1999.

Technical textiles production unlikely to increase
The report also says that technical textile production is unlikely to increase significantly in the near future as the industry faces growing competition from low cost producers in Asian countries, notably China. ”Moreover, these problems are expected to become increasingly acute as vehicle and automotive component production increases in China. However, the declines in 2009 are likely to have been exacerbated by the global recession and production may stabilise in 2010,” the report adds.

Functional Clothing from H&M and others is Inspected

8 September 2010, Manchester - Research and Markets has announced the addition of the "India…

24 June 2010, Shanghai - CEMATEX, the European Committee of Textile Machinery Manufacturers and the…

Since standards do change, if you want any files above or more documents about introduction to textile testing, please contact us via email sales@tes.hk
2010-2020 Copyright ©TESTEX INSTRUMENT LTD - All Rights Reserved
Back To Top
Open chat